This page was produced as an assignment for Genetics 564 an undergraduate capstone course at UW-Madison. ​

Protein domains are conserved, distinct sequences of amino acids that represent functional units of a mature protein [1]. Domains give proteins a functional role, and often help proteins have specific interactions. Protein domains are considered evolutionary units, and domains are classified into superfamilies based on their amino acid sequences, structure, and function [2]. Protein domain relationships follow a similar pattern to species phylogenetic relationships in the sense that domain relationships are inferred through similarity and are often displayed in trees, as demonstrated by the TRP ion channel tree shown in Figure 1. 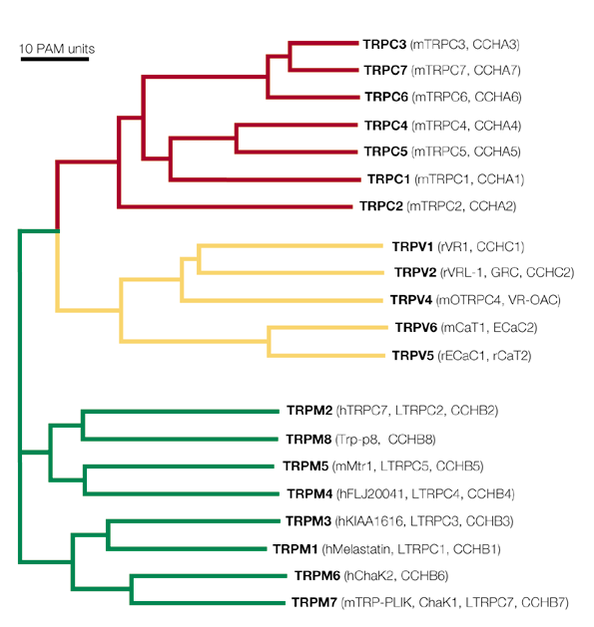 What domains are found in ERCC6?

ERCC6, PROSITE
Using the information from the four analysis algorithms, Figure 2 was constructed. I chose to continue forward using the SNF2_N domain instead of the DEXDc domain, because three of the four programs used identified SNF2_N, while only SMART identified DEXDc. In order to gain any information from this analysis, it is important to explore the functions of the two identified domains.

SNF2_N is a member of the SNF2 protein family. Proteins in this family represent a variety of cellular processes, such as transcriptional regulation, chromosome stability, and DNA damage processing, including nucleotide excision repair, which is the process that ERCC6 is critically involved in [3]. In addition, the SNF2_N domain contains protein motifs similar to those found in many DNA and RNA helicases.

HELICc, is the c-terminal domain found in proteins belonging to the helicase superfamilies 1 and 2 [4]. It has helicase activity and functions in ATP binding.

Figure 2. Model of the human ERCC6 gene with it's protein domains identified.

Are the domains present in other organisms?

ERCC6 is a conserved gene, and as a result, it has relatively conserved protein domains. Using both SMART and Pfam, four other species identified by homology were analyzed. These four species all contained the two domains and some of the low complexity regions found in the human gene. In general, species were different in the start and end points of their two conserved domains. Additionally, each species had slight differences in the number and start and end points of their low complexity regions. 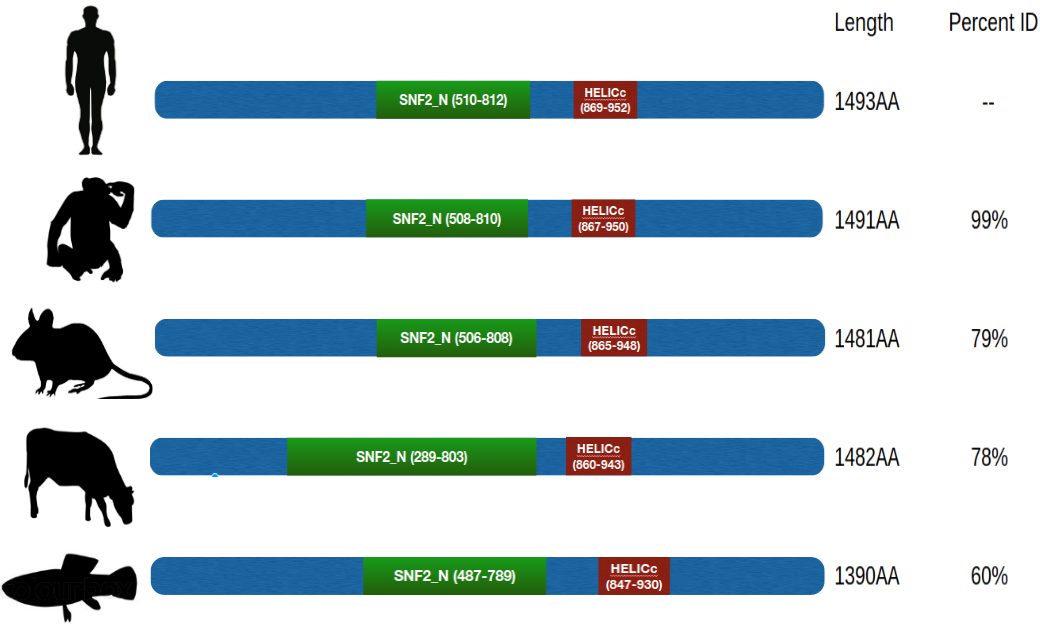 ​​This website was created for Genetics 564 by Zachary Beethem, an undergraduate genetics major at UW-Madison.
He can be reached via email: beethem63@gmail.com
Date of last website update: April 2017